SocialTechno srl is a Social Enterprise and partner of the international TechSoup Global network. It is the brainchild of four Lombard professionals and entrepreneurs who have worked in the technology and not-for-profit sector for many years.

SocialTechno promotes digital literacy and technological development in Italian not-for-profit organisations, promoting synergies with the for-profit world to allow the charitable sector to access innovation and reap the benefits of an informed use of technology. 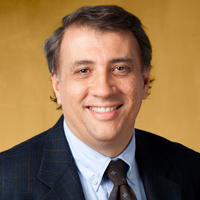 Stefano Sala Chairman of SocialTechno impresa sociale Srl
After many years of managerial experience in international companies, since 2007 he has been at the helm of the per spa Group, which had a total turnover of 19 million euros in 2013. In 2002, he also founded Banco Informatico, a voluntary association that supports the not-for-profit world by disseminating information technology. 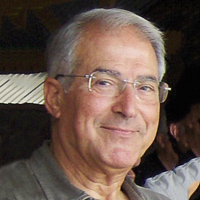 Alfredo Scarfone
CEO and General Manager of Hewlett Packard Italy from 1986 to 2000, now works as a management consultant and has also been a Director of leading industrial companies (from Ferrovie Nord Milano Spa to the RCH Spa group). For many years now he has been involved in developing partnerships between for-profit and not-for-profit organisations (Solidarietà Cooperative) and supporting business in Kazakhstan, Lithuania and Kenya. 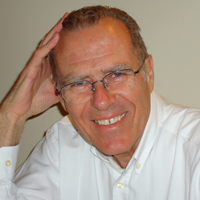 Enrico Tafi
From 1993 to 2007, he managed the IT Outsourcing division of Hewlett Packard, first in Italy and then in Central-Eastern Europe, the Middle East and Africa, and was Manager of the Hewlett Packard Customer Services in Israel. From 2010 to 2011 he worked as a volunteer for the Franciscan Custody of the Holy Land in Jerusalem. He is currently a partner in several innovative start-up companies and involved in volunteering initiatives. 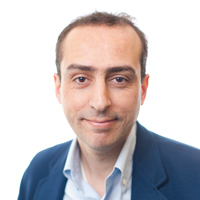 Davide Minelli
Director of SocialTechno Impresa Sociale and the TechSoup Italia programme, was involved in vocational training for the EIPA – European Institute of Public Administration network from 2002 to 2008 and subsequently moved to the charitable sector to work with the professional information portal Nonprofitonline.it and Rivista Non Profit. Since 2012, he has worked on developing the TechSoup Italia technology donation programme, of which he has been Manager since August 2014.

Download the by-laws in PDF format using THIS LINK.

Why SocialTechno is a social enterprise

SocialTechno srl decided to set itself up as a Social Enterprise because it firmly believes in this form of organisation, the characteristics of which are specifically defined in legislation (Legislative Decree 155/06). Social enterprises are an organic part of the charitable sector and intended to act as “not-for-profit” organisations, distinguished by the fact that they combine a not-for-profit purpose with the effective governance model of corporations. In fact:

These features make Social Enterprises real business ventures, which are part of a socio-economic system consisting of public, private not-for-profit and private for-profit organisations, which – just as any for-profit company – has to guarantee quality of service in order to ensure its economic and financial sustainability.

Furthermore, Social Enterprises can measure their value and communicate it transparently through their social report, which they are required to publish every year in order to state their value and the social impact of their activity, thus involving others in a shared investment, the social and economic results of which can be measured.